Legends of Russian Rock (The Dabbler) 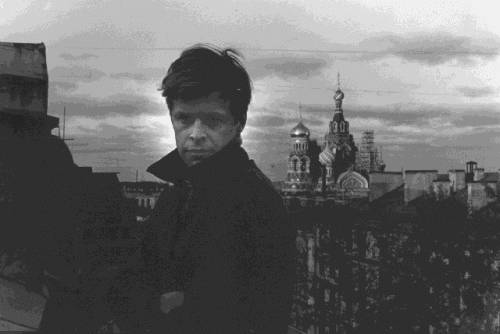 Today we enjoy some samples from around about 4000 years of Russian rock. What it lacks in groove it makes up for in lyrical folkiness…

Among the titans of Russian rock, few are more legendary than Boris Grebenshikov, founder and sole constant member of the group Akvarium. This year he has been touring with the latest in a seemingly infinite series of line ups to celebrate the band’s 4000th anniversary. In fact, Akvarium only came into being 40 years ago, in 1972 in the streets of Leningrad, but he has a wry sense of humour and a keen sense of the mythic.

My own first contact with Akvarium’s music came in 1997, shortly after I arrived in Smolensk for what would turn out to be a more or less ten year stint in Mother Russia. Surely this vast land has lots of great weird rock music, I thought. In fact, I was soon to discover that most of it was rubbish. But the first track on the Akvarium sampler Khrestomatiya (“Reader”- a sign of how seriously the band is taken by its acolytes) immediately struck me as a great song, and I have never changed my opinion, even as my attitude to Grebenshikov’s massive body of work has varied wildly over the years. Better yet, even with my ultra-rudimentary Russian I could understand the title “Etot poezd v ogne”- “This train is on fire.” Released in the dying days of the Afghan conflict, it’s about a young colonel arriving at the front in a war that has lasted 70 years. Confronted with the indifference of generals, laughing and drinking as soldiers die, he tells his men to go home- they have been at war with themselves. Hey, it’s metaphor time! But it’s a powerful one that Grebenshikov develops fully across the song’s verses:

In fact my favourite version is the studio track with lashings of accordion on it, and which is more restrained in its bitterness, but I couldn’t find it online. Nevertheless that clip is interesting because it was shot in Montreal in 1988 at the high point of perestroika. Just look at those soviet hippies: they’re playing their hearts out, simply amazed to be on a Western stage! There was nothing like this in the USSR, where rock music had until the mid 80s been a very clandestine affair, and Akvarium had been singled out for persecution.

Alas this was also the last time there was much optimism in Russian culture, and certainly the last time the world viewed it positively. Grebenshikov meanwhile had attracted the attention of American record executives and was soon whisked to New York to record an English language LP with Dave Stewart of the Eurythmics. Entitled Radio Silence, it stinks, but there is a great documentary made by the guy behind the “7 Up” documentaries that traces Grebenshikov’s progress as he moves from Leningrad to NYC. You can see clearly the panic and sadness in the eyes of his band mates as they realize, correctly, that their Akvarium “family” is doomed.

Grebenshikov defends the Radio Silence LP to this day, but upon his return to post-soviet Russia he released his finest record, The Russian Album, which is full of folk instruments and historical themes. Behold his Orthodox beard and robes on the track Nikita Ryazansky a song that comes from a place of darkness and doubt, and contains this despairing plea to God (translation from the Bodhisattvas of Babylon site):

Look, Lord:
A fortress, and from the fortress—fear
And we are children in your hands.
Teach us to see you
In every misfortune.
Take, Lord, this bread and wine.
Watch, Lord, as we dive to the bottom.
Teach us to breathe underwater.

It was 1992 and everything was already turning terribly sour:


Hopefully even the above fragment in translation makes it clear that Grebenshikov is a sophisticated lyricist who addresses serious themes. Indeed he was first recommended to me on the strength of his “texts”- not his groove or melody. Early Russian rock put a heavy emphasis on lyrics and meaning, which can be a problem if you don’t speak the language as it sounds as though the singers are trying to squeeze a lot of words in, melody be damned, a la Leonard Cohen.

Furthermore Russian rock has its roots not in Elvis or the blues but rather The Beatles, psychedelia, hard rock and prog rock, meanwhile adding elements of soviet “bard music”- stories and poems set to guitar. Add to that the fact that the singers were interpreting “rock” in a hermetic world without rock clubs or rock radio, and where their limited musical models were passed from hand to hand on cheap cassettes that featured tapings of tapings of tapings, then it’s not surprising that the sound they invented was not only wordy but folky, European and completely oblivious to the significance of the groove.

All that can be a problem for the Western ear searching for a hook. On the other hand, sometimes there is a perfect marriage of melody and lyric, in a form so simple that it really doesn’t matter if you speak Russian or not. If I tell you only that “Gorod” means city, then the simplicity and beautiful melancholy of the next clip will do the rest. As it is, there’s a translation in the comments:


Now when I started putting together this little showcase of Akvarium’s music I always knew I was going to include the three songs above, but wasn’t sure which to select as the fourth. Grebenshikov has dabbled in many styles, including New Wave, cod reggae, electronica, and Beatles-esque psychedelia. He’s also put out albums of covers of legendary Russian singers and even duetted with Marc Almond of Sex Dwarf fame. But in the end I decided to leave you with something folky and quite beautiful- “Serebro gospoda moevo” or “My Lord’s Silver”- a song about love, pain, the night, and endings: