Four years ago, I spent Christmas in Texas for the first time. Shortly beforehand I’d been driving around in the desert out West, and I have vivid memories of the return journey which, late at night, brought me through Johnson City, the birthplace of Lyndon B. Johnson.

Now, Johnson City is a place that nobody needs to visit before they die. But that night it was spectacular. The entire town was illuminated - streets, buildings, front yards, trees and the County Courthouse were all dazzling in the darkness.
I stopped the car to walk around and was immediately struck by the strangeness of thousands of lights representing icicles, snow, and snowmen in a place where it never snows.
In fact, I thought, it probably wasn’t snowing much in Bethlehem when Christ was born either. I could be wrong - the climate has changed a few times over the last 2,000 years, so maybe it was chillier in the Holy Land back then. Nevertheless, given the Eastern origins of Christianity, luminous representations of cacti and fig trees might be more appropriate this time of year.
Since it was my first American Christmas I 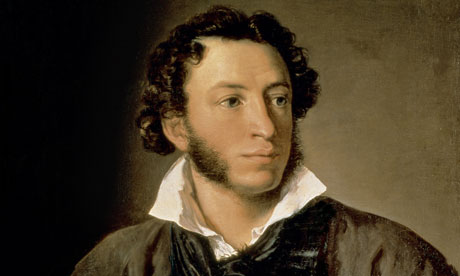 Pushkin: Not a Belgian
Russia has a long history of revering writers; it also has a long history of censoring, exiling, corrupting and, on occasion, killing writers. The Tsarist and Soviet authorities recognised that the written word was powerful and thus dangerous – a view widely held in the country until the 1990s, when authors suddenly discovered they could write whatever they liked and nobody much cared, the state included.
The era of official disinterest may be coming to a close, however. Last month, Vladimir Putin took time out from his busy schedule wrestling tigers and posing for beefcake snaps to speak at the opening session of Russia's new Literary Assembly. According to news reports, the Kremlin intends it as a replacement for the Union of Russian Writers, itself the replacement for the Union of Soviet Writers, which was established under Stalin in the 1930s, to catastrophic cultural effect. Allegedly, more than 1,000 Russian writers, critics and publishers will participate, with the first official congress slated for the upcoming spring. At the grand opening, Putin – whose own literary tastes include Hemingway and the Persian poet Omar Khayyam – announced plans to make 2015 the "Year of Literature" in Russia, and of getting young people to read more.
That all sounds very noble, but Putin was speaking to a room severely lacking in literary talent, as practically no respected Russian authors accepted his invitation to attend the event. Boris Akunin, the pen-name of Grigory Chkhartishvili, whose literary detective stories have sold millions of copies, was fairly scathing on his blog, writing:

Wee Marx
In his introduction to Karl Marx: A Nineteenth Century Life, Jonathan Sperber stresses that he doesn’t believe Marx was a prophet or that he has much to say to our age at all. He is a historical figure who was acting in a specific context, and his thoughts should be understood that way.
And so the reader might reasonably ask: Why bother reading a 570-page biography?
Read more »
Email ThisBlogThis!Share to TwitterShare to FacebookShare to Pinterest

While Geert Wilders and assorted online provocateurs may like to talk about banning the Koran as an extremist text, few take the idea seriously. Well, except in Russia perhaps, where on September 20th a court in the Russian city of Novorossiysk banned the holy book of the world’s 1.2 billion Muslims.

To be fair, the court banned a Russian translation of the Koran , one of several available in the country. This version, the work of an Azeri theologian named Elmir Kuliyev, was declared illegal for promoting extremism through "statements about the superiority of Muslims over non-Muslims”; "negative evaluation of persons who have nothing to do with the Muslim religion"; "positive evaluation of hostile actions by Muslims against non-Muslims", and also, it was argued, inciting violence.
Read more »
Email ThisBlogThis!Share to TwitterShare to FacebookShare to Pinterest

Alejandro Jodorowsky is one of the most unique creators in comics, drawing upon a biography, range of interests, and incredibly fertile imagination that makes him truly inimitable. His most famous comics work remains The Incal, created in collaboration with Moebius, and frequently reprinted in ever more expensive iterations by Humanoids. It is justifiably revered, a work of science fictional holy madness spawned from the wreckage of Jodorowsky’s equally outrageous Dune movie.
But as great as The Incal and its various spin-offs are, the Jodorowsky comics I enjoy most are probably those set in the “real” world, especially his religious satire/metaphysical farce Madwoman of the Sacred Heart. Whereas in the fantastical world of The Incal everything is possible, in a book like Madwoman (or ultra-violent incest-packed series like Son of the Gun andBorgia), Jodorowsky is constrained by the need to conform to an at least semi-recognizable reality and is thus forced to contain his berserk inventiveness within
Read more »
Email ThisBlogThis!Share to TwitterShare to FacebookShare to Pinterest 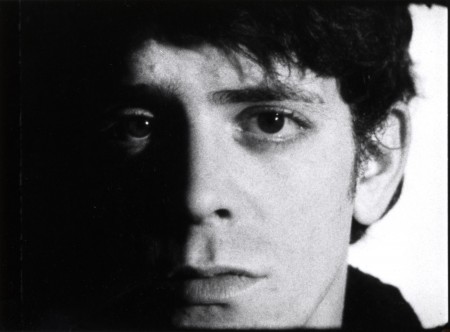 The Strange World of Your Dreams (The Comics Journal)

“Comics are more like dreams than any other medium,” says “comics archaeologist” Craig Yoe in his introduction to The Strange World of Your Dreams, the latest book issued through his imprint at IDW. I am not sure about that grand claim; I have read the same thing said about movies, and no doubt many Surrealists thought paint and canvas was a pretty good way to capture the slippery nature of our experiences in the night-world. There can be no doubt however that dreams have provided copious subject matter and a fertile source of imagery for cartoonists throughout the history of the medium.
One example is The Strange World of Your Dreams itself, a collection of four very odd dream-themed comic books (plus some bonus materials) produced over sixty years ago by the studio of Joe Simon and Jack Kirby. Setting the scene for this peculiar material in his introduction, Yoe discusses the lineage of dream comics up to that point, including the early dream comics of Winsor McCay, not to mention less well-known efforts such as Joe Kubert’s Danny Dreams strip. More dream comics would follow, such as Nightmask from Marvel’s New Universe, Rick Veitch’s very personal Rare Bit Fiends, and of course that thing Neil Gaiman did in the ’90s. Best of all are Jim Woodring’s dream comics, sadly abandoned so he could
Read more »
Email ThisBlogThis!Share to TwitterShare to FacebookShare to Pinterest At the dawn of this century, the late and unlamented dictator of Turkmenistan Saparmurat Niyazov became a favorite of news editors hungry for weird stories to fill column inches. Styling himself Turkmenbashi, “the Father of All Turkmen,” the eccentric dictator imposed a series of seemingly arbitrary whims upon his post-Soviet populace, famously banning (for instance) gold teeth and ballet dancing. Turkmenbashi also basked in a personality cult that put Stalin’s to shame. A narcissist of world-historic proportions, he renamed the month of January after himself, and insisted that everyone use his mother’s name, Gurbansoltan Eje, when referring to what had been referred to in earlier, less enlightened times, as “bread.”
Read more »
Email ThisBlogThis!Share to TwitterShare to FacebookShare to Pinterest
Newer Posts Older Posts Home
Subscribe to: Posts (Atom)